Bill was born and raised in New York City and was a long-time resident of Connecticut until relocating to Florida in 2006.  In 1990, he chose early retirement from a successful business career to devote himself to painting on a full-time basis.  He studied for several years in the Silvermine School of Art in New Canaan, Connecticut and, since then, has shown his work in hundreds of art exhibits in the Northeast and Florida. His work is in collections throughout the United States.

Over the years, Bill has served on the boards of a number of art associations. Most recently, he served as Gallery Curator in the Gateway Center for the Arts in DeBary, Florida (2008 through 2013) and still is on its Visual Arts Committee.

Bill paints exclusively in acrylic on canvas, working from his imagination on what he calls his “People Pictures”, celebrating people who never were and events that never happened. “While my paintings obviously concentrate on people, to me the specific images are secondary to the visual impact I’m seeking through line, tone and color. I like to think in musical terms as I design a work: rhythm, tempo, counterpoint. The figures should ‘pulse’ through variations in scale, color and value. In the end, however, there must be one ‘total gesture’ integrating the entire canvas. (Without that I’d have a bunch of disconnected ‘notes’ but no ‘song’.)

“My people, in the words of an old Johnny Mercer song, are ‘on this merry misadventure we call life’. They dine, sport, dance, and sing. Being only human, however, they betray undercurrents, circling each other, establishing a pecking order of their own and, when ‘the humor is off them’ they clash and glower out at us. That’s life and art is its mirror.

My work has been described by some as story-telling. I disagree. I’m more concerned with setting a scene, capturing both a moment and a mood. I leave it to each viewer to create the story. Some artists have an edge to their work. When I try to make some monumental point, however, the result can be a bit ‘preachy’. So I prefer satire.  Because I am more bemused than outraged I tweak rather than rant, making serious points in a not-so-serious fashion.” 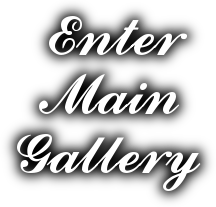